The ball bearing slide rail has found application in several areas ranging from the simple drawers to the automobile industries. Of special interest is its application in the design of the car armrest.

Modern automotive interior design has become very important for the differentiation of brands. However, there has been reports showing that t interior comfort is outweighed by driver reliability and durability when it comes to choosing a car. Sliding armrests which is another application of the conventional ball bearing slide rail have become important as effort is geared towards ensuring a better user experience. Original equipment manufacturers now understand that there is a need to ensure that the movement is quiet, high-quality and provide good stability. 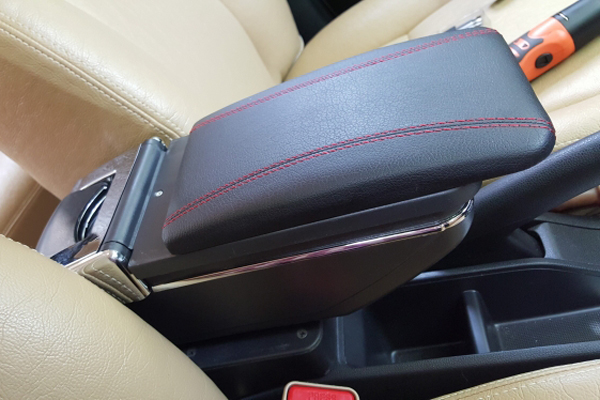 In the design of the slide rail in car armrests, there are certain factors that are considered thus;

Several solutions have been developed by some manufacturing industries in the application of the ball bearing slide rail in car armrest. This include a pair of curved slides and a single flat-mounted slide, based on rolling ball technology, to meet these criteria. Benchmarking has shown that systems incorporating ball bearings can avoid many of the tolerance and stiffness issues which are encountered when the friction motion systems are used.

The ball bearing slide rail pairs present as a component of the car armrest provides the needed stability and strength both for vertical and lateral loads. The design of the slide ensures that the designer has enough flexibility to add a deep storage area under the armrest. Again, the strength of the ball bearing slide rail helps to provide greater displacement and overhang.

The addition of an integrated friction and retention clip has also minimized the package space required in the customer's system by moving the functionality to the slide. Motion and position retention forces can be controlled independently through the use of the unique friction damping system. This is sure to add more flexibility to the entire functionality while it also reduces the assembly costs and the customers' overall handling. A major European manufacturer have adopted this system for their latest compact SUV.

However, in this orientation, the standard slides suffer from reduced resistance when considering vertical cantilever forces, such as an abuse load applied to the end of the roll, and loads typically caused in shock situations.

Due to the influence of design and marketing on the final product, the vertical package of the armrests has been gradually reduced and, therefore, mounting a slide in a flat state would have benefits.

To compensate, some manufacturers have designed a new wide slide profile in which moving components are prevented from separating by an overlapping flange, which significantly increases shock performance as well as the overload.

Additional functions is allowed by the internal configuration of the wide slide allows space. Again, using a rotary or friction damper the current production slides cover a method of controlling stresses.